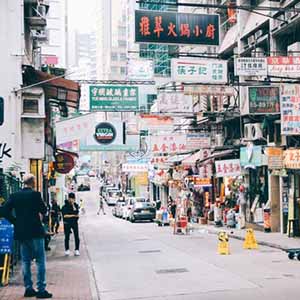 In spite of media reports telling us that “Chinese culture is like this” and “Chinese people do or think that”, both China and Chinese are diverse. Differences in regional and ethnic groups are pervasive topics of conversation among Chinese, have become the focus on tourism and cultural preservation programs, and often are celebrated through the rhetoric of multiculturalism. But difference and perceptions of otherness also have contributed to conflicts between groups in China as well as between groups and Chinese central governments.

“Cultural Diversity in China” provides students with opportunities to learn about diverse groups, worldviews, and practices in contemporary China through studying about diverse forms of identity and difference--from regional, ethnic, gender, religious, generational, and linguistic to rural and urban and local and national. Many class sessions will emphasize artistic and expressive forms (such as music and folklore, film and television, festivals and food, and cultural heritage) as well as the roles they play in representing people and places in China. Among the broad questions to be addressed are: What is China? Who are Chinese (and who aren’t)? What is Chinese culture (and who says)? And how does our understanding of the factors that contribute to both diversity and unity within China help us to understand more broadly the processes through which identities and images of “otherness” are conceptualized, constructed, and represented?