Racial and Ethnic Politics in the U.S. 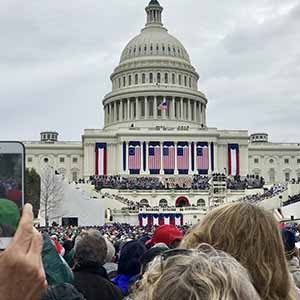 Issues of race and ethnicity have shaped American political history from the colonial era to the present, and certainly well before the election of President Barack Obama and candidacy of Donald Trump. Indeed, over the past half century, no national election would have been competitive without including the political preferences of racial and ethnic minority groups (including African-Americans, Latinos, Asian Americans, Native Americans, and Muslim Americans) along with non-Hispanic Whites. Thus, a complete understanding of contemporary American politics demands knowledge of racial and ethnic politics.

In this course, we will explore the development and maintenance of racial and ethnic boundaries and identities, the inclusion of minority groups and interests into electoral politics, racism and forms of conflict between ethnic groups, and how immigration and an increasingly diverse American society will impact the future political landscape. While we will study the historical contours of race in America, the focus of the course will be on interpreting how race and ethnicity shape politics today and will continue to impact the American political system going forward. Special attention will be placed on recent and future elections (especially 2008, 2012, and 2016), and the shift from a Black-White racial binary to a multi-ethnic framework.