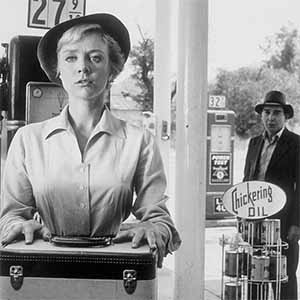 The Twilight Zone was created at a pivotal time in American history. The Cold War, red scare, Cuban Missile Crisis, the space race, and other realities were the inspiration behind many of the most famous Twilight Zone scripts.

The question “who is one of us?” is important whether we are discussing religion, immigration, forced migration, race, gender, economics, mental health, disease, politics and even biology. The “morals” stated at the end of each episode make clear that Serling intended these scenarios to be cautionary tales (as were most Twilight Zone episodes). So while Serling’s cautions serve to suggest that 1960’s problems could not be solved by simply choosing “who belonged,” such cautions are also welcome today.

Students may take one of two courses, or may simply volunteer.

The class (3 credits “topics” course) MSCH-M-453 will be primarily related to production and production management. As such, the class will operate much as a production company. We will learn how to produce television programs, ostensibly by actually producing three iconic episodes of Twilight Zone.

Independent Studies (1, 2, or 3 credits) taken under the existing umbrella of X490. Key production personnel will register for independent studies related to the production of these Twilight Zone episodes. Students are encouraged to consider this opportunity to be a kind of “capstone” to their academic career.

Some students may be encouraged to register for both the topics course AND an independent study. Others may simply choose to volunteer their time. Casting will be open to students, faculty and members of the community.